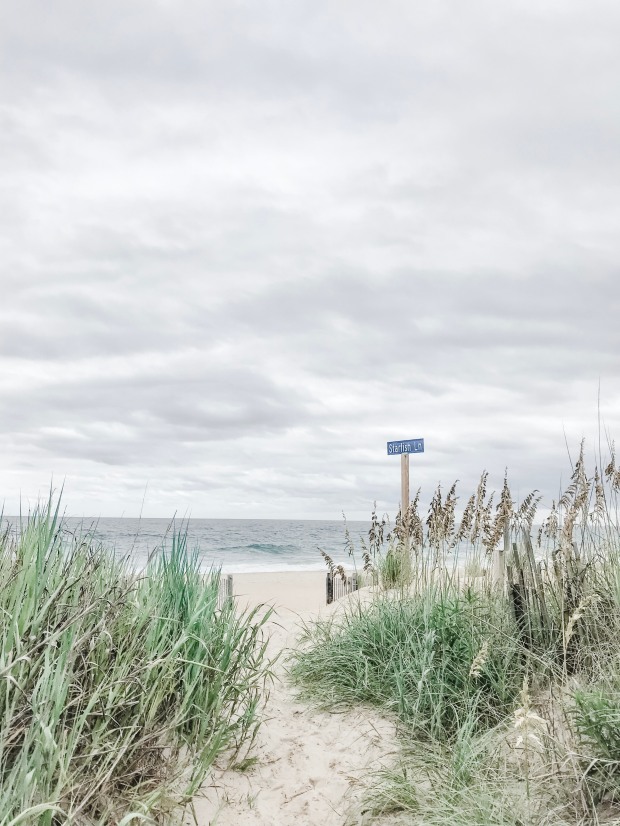 We rang in the New Year down at my grandfather’s cottage so it seems like a perfect time to share the story of Nest 16.   I’ve been “strongly encouraged” to blog our adventures for the last few months so here it is!!  If you know anything about Paxton, you’ll appreciate how special this whole experience was.  Ever since he was super little, he has said he wants to help rescue sea turtles when he grows up.  His Breezy turtle is his very best buddy and he doesn’t go far without him.  Turtles have a big part of this boy’s heart so to be a part of this was truly a life experience for him and all of us.  It was a God moment for sure! 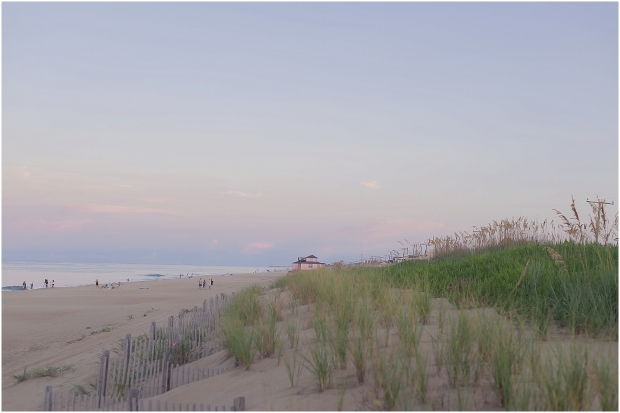 When we arrived at the cottage on Saturday August 17th, we discovered two loggerhead sea turtle nests just on the other side of the dunes. We were so surprised to see volunteers from the NEST organization arriving and beginning to set up by Nest 16, closest to our cottage. According to temperature sensors buried in the sand, the nest was due to boil any day! The other nest had been relocated but a loggerhead momma had come to our beach to lay her nest on June 29th!

Volunteers worked to prepare a runway for the hatchlings, clearing any holes and making the sand as smooth as possible. A little wall was also built to keep them on track to the ocean. It was one of the longest runways the volunteers had built! Mrs. Jan, the Nest Mother, inserted a microphone into the sand and we could listen to the turtles moving around in the hole as they made their way to the surface. The bumping sounded like furniture moving and the waterfall sound was sand falling back into the hole. Pax was so excited and asked if he could help build the runway. He used his hands and found a big shell to help build up the walls. Everyone was so kind to him and answered all of his questions.  We even found out that three of the volunteers were from right here in Suffolk! 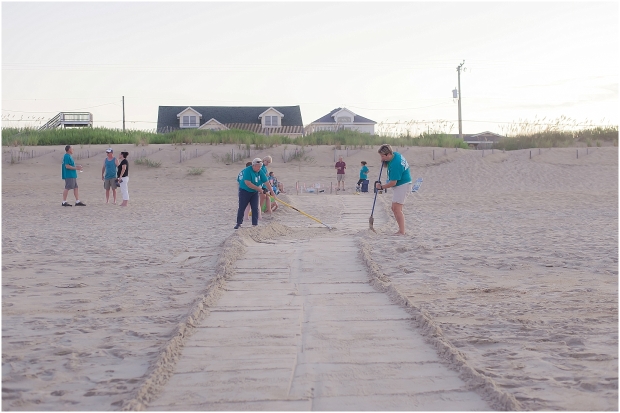 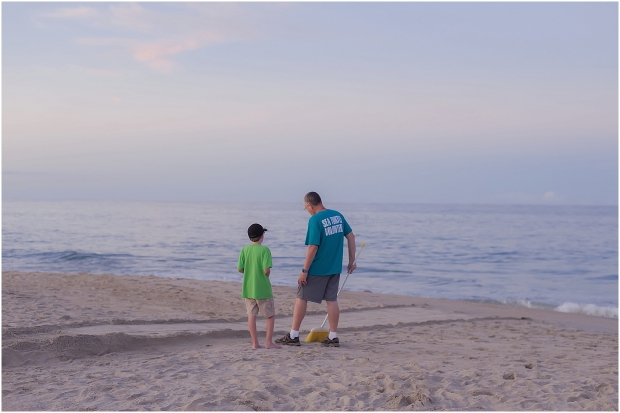 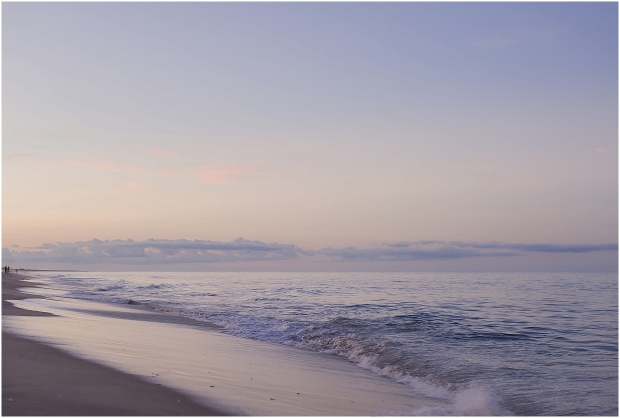 On Monday, August 19 we sat for hours in near silence and pitch dark with about 20 strangers staring at a dark patch of sand as we listened to little turtles bumping around in the hole and waterfall after waterfall. By midnight, most folks had gone and we soon left too. But shortly after we’d gotten our pjs on, Mrs Jan texted and said that a hole had appeared! We ran back over and sat cuddled up under the moon, listening some more until after 1:00 am!  Even if we didn’t see baby turtles, I was so thankful for the time spent with Pax cuddled up in my lap on the dark beach.

Murph told Paxton the first turtle out of the hole would be named after him. When we had run back over to the beach on the night the hole appeared, the speaker accidentally picked up a radio station and blared a commercial for Big Al’s across the silent beach. We decided the second turtle would be Big Al!

Waterview Two became the NEST volunteer meeting point for the week!  When Mrs. Murph found out that Erika Lynne was afraid to come to the beach at night, she asked to speak with her when she arrived one evening. They sat on the stairs and talked about how it was a once in a lifetime experience and about being brave. Murph had even brought boots from home for Eri so that she wouldn’t miss out. They talked for a few minutes and then Eri got ready to come over to the beach!  Armed with Granddaddy’s socks and shoes and a green shovel, Eri was ready to defend baby sea turtles (and her feet) from any crabs. 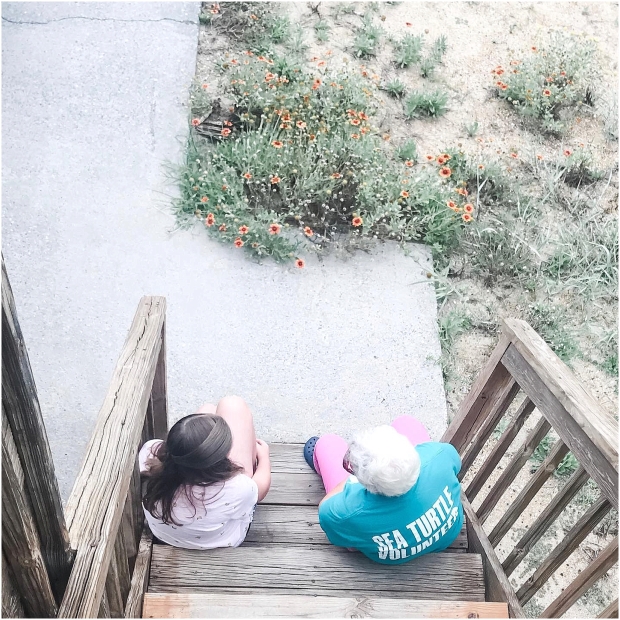 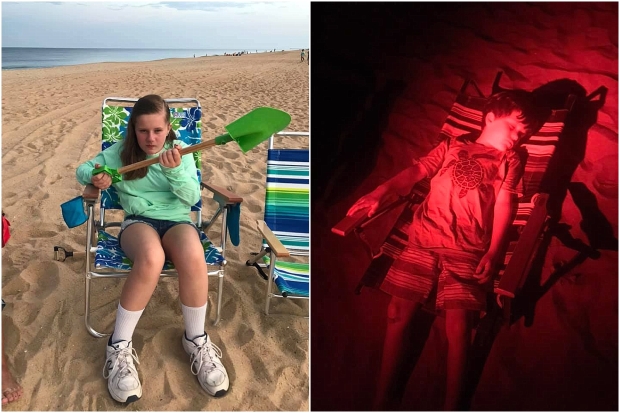 Pax brought Breezy over to see the nest and to introduce him to the crew. As we stood there talking to the volunteers, we could hear waterfall after waterfall with almost no breaks between them. As we stood there, the hole caved in and everyone gasped! There would be turtles tonight! Eri ran back to the cottage to take Breezy and gather the family. Mrs. Jan had told Paxton we could work the line once the turtles boiled. With our marching orders, we gloved up and waited! 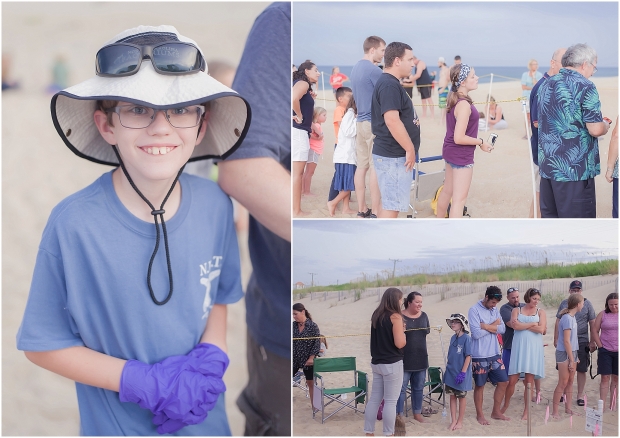 The nest began to boil and we quickly saw why it’s called boiling. It literally looks like baby turtles bubbling out of the sand! Everyone on the beach gasped with excitement and volunteers took their places. We were positioned right next to the nest and would move down the line once they made their way to the ocean and guide any who strayed from the runway. Oh how exciting would it be for Paxton to just touch a baby sea turtle! Just one! Two little turtles led their brothers and sisters to the ocean – Pax and Big Al out in front of all the rest. The mass of babies moved towards the counting line drawn in the sand and everyone was in awe. Pax guided one little turtle back to the runway with the back of his hand. Then another. And another. Then, like a switch had been flipped, all of the turtles began going in every direction. With no moon to guide them, they became very confused by lights down the beach on nearby cottages and a large, low, white cloud that had moved in on the western side of the nest. Turtles everywhere! Volunteers with gloves were placing turtles back on the runway and turning them around towards the ocean. Those who had come to watch, pushed the turtles with piles of sand until volunteers could pick them up. We were herding turtles left and right while people shouted they had an escapee from the runway. By the end, even Erika Lynne had a glove and was on her hands and knees in the dark on the beach to help the  baby sea turtles. It was so chaotic and so exciting! Truly a life changing experience and well worth all those hours of waiting!

We were all on such an emotional high after it was all over.  I couldn’t even find words to describe what we’d been a part of.  To witness new life emerging from the sand and to see these tiny oreo sized turtles head towards that big ocean was incredible.  But what was equally incredible was how everyone on the beach, strangers who literally couldn’t even see each other’s faces because it was so dark, rallied together to help these tiny turtles.  People were so careful to watch out for them until a volunteer could get them and make sure they made it down to the water.  When we realized they were confused by the lights down the beach, people grabbed towels and blankets and make a black wall to block out the light.  The excitement on the beach was electric after the turtles had made it to the water.  I saw a few folks gathered around their phone and rushed over to see if they had a picture or video.  I gave complete strangers my phone number so they could share it with me.  It’s incredible to me how God can use such tiny creatures to bring complete strangers together. 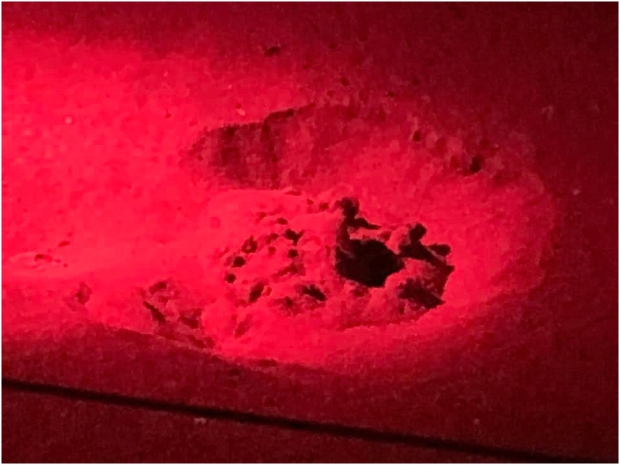 On Sunday before we left, we got to see the volunteers excavate the nest. They dug down almost two feet to the eggs and counted all the shells. This was the most successful nest of the season! And this turtle momma was quite the overachiever!  Such a long distance from the water and such a deep hole!  120 hatched eggs and 4 unfertilized eggs! No unhatched eggs and no baby turtles left.  Everyone made it out! After the eggs have been counted, they’re put back into the hole and it’s all covered back up!

We made so many friends this week while waiting for these turtles to make their grand entrance into the world. Jan brought a beautiful print of three little turtles with the sweetest card as a thank you for helping. Our new friend Beth is a local artist and gifted us with these beautiful turtle coasters with a picture of one of the turtles from the STAR Center at the aquarium. And Murph brought Eri a little turtle with the nicest note we’ll treasure forever. We will never forget our beach trip of 2019 and all of our new friends! 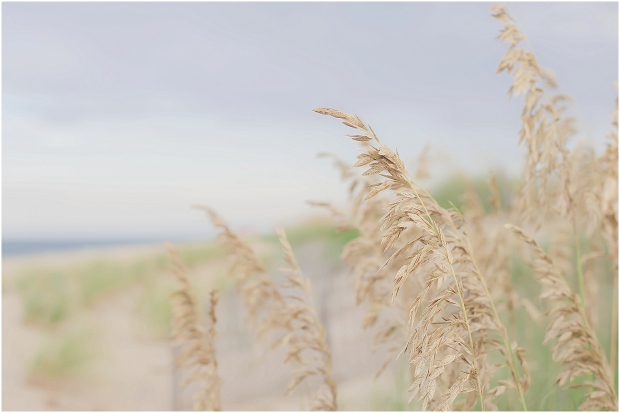 View all posts by maggiestoup